11 Ways To Be A Happier High Performer

With the new year, we're always looking for ways to promote healthy habits that make happier people. We absolutely love this article from The Mojo Company that talks about how to be a happier high performer and wanted to share with all of you! 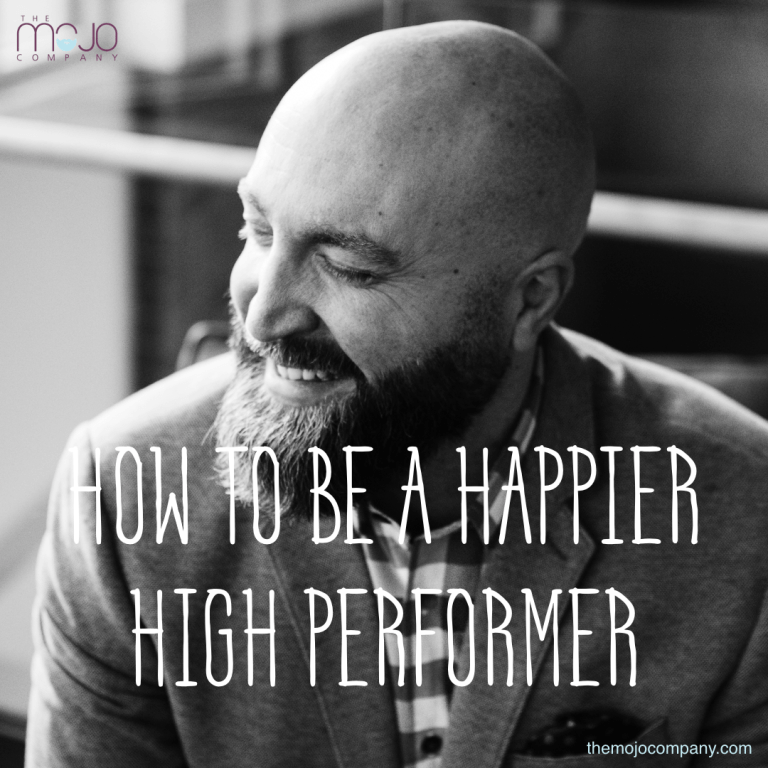 "There’s a myth that’s often perpetuated out there, and it’s pervasive enough that I thought it was worth mentioning here in MojoLand. It’s the idea that in order to be a high performer, you sort of have to fit a particular mold.

Now, this idea is expressed in different ways, mind you. Sometimes it will sound something like this:

“No one will take you seriously as a [insert your occupation here] if you [insert your action or wardrobe item or whatever here].”

To be fair, there certainly are things like that. I submit, for example…

No one will take you seriously as a writer if you can’t spell. (And yes, I’m certain that the universe will conspire to have me misspell not one, but several words in this very post.)

No one will take you seriously as a powerlifter if you can’t lift a milk jug without your bicep quivering.

But what you’ll notice about those silly examples is that they have to do with your ability to actually do the things required in those particular professions, right?

Frankly, I can’t imagine how that particular thing got selected as the measuring stick, but I suppose it doesn’t matter. As far as I’m concerned, someone could show up with a Ziploc bag. Just do awesome work. But I digress.

The point here is that performance is what matters, not any of this other nonsense about carrying a briefcase and being serious or something.

Here are some things the happiest high performers are always doing. And yes, there are happy ones out there. Without briefcases. Without power suits. Without fake, cheesy smiles, even. (Real smiles always appreciated.)

Be a Happier High Performer by Serving More

Sometimes it’s good to get a little perspective. Stop navel-gazing and look around. There are people on your team and within your organization who you can serve in any number of ways. But that would, of course, require you to think about someone else primarily, rather than yourself. Serve more. Complain less.

Be a Happier High Performer by Not Taking Yourself Too Seriously

Look, there are plenty of things to be serious about — just look around you. Read the news (on second thought, maybe don’t).

But that doesn’t mean you have to be serious All. The. Time.

It’s OK to laugh sometimes, especially if it’s at yourself. Humans are imperfect and weird; it’s ok to chuckle about it every now and then.

Don't take yourself so seriously. It's ok to laugh at yourself every once in a while. #leadershipCLICK TO TWEET

Be a Happier High Performer by Learning

Learning and growth brings with it a sense of accomplishment, of fulfillment. People tend to feel better about themselves when they see themselves improving and achieving things.

Be a Happier High Performer by Listening

And no, I’m not simply talking about engaging in “active listening” when someone speaks to you, but rather, I’m referring to a type of listening that is deep, meaningful, and serves the person with whom you’re speaking.

Be a Happier High Performer by Asking for Help

High performers ask for help. It’s part of how they learn and grow. But that requires humility…

Don't be afraid to ask for help. That's part of how we grow. #leadership #motivation #companycultureCLICK TO TWEET

Be a Happier High Performer by Being Humble

Being humble is a critical component on teams and within organizations. Without humility, we’d never ask for help, never admit mistakes, and never be a great teammate. But humility requires accepting our humanness…

Be a Happier High Performer by Being Human

We can release the pressure of having to live up to impossibly high standards. We can stop all the posturing. We can lower the facades. We can admit mistakes. We can ask for help (which of course is an implicit acknowledgement that we don’t know something). We can just…be.

Be a Happier High Performer by Trying Things

Do things. Try things. Create things. There’s something invigorating about coming up with something new and interesting and trying it out.

However, that also means you’ll need to be ok with failing on occasion…

Be a Happier High Performer by Failing

Now, I know you might be thinking that this is an odd inclusion for this discussion, but bear with me on this one. The reason I say this is because failing is a necessary part of growth. It’s an outgrowth of someone who takes smart risks. It’s a byproduct, sometimes, of someone who’s trying things, experimenting, and being creative. Some failure goes with the territory, given that we’re human, imperfect, and will from time to time mess up. Our ability to understand and live this one out will be dependent on how much we’ve embraced humanness and humility.

Be a Happier High Performer by Being Grateful

How often are you just grateful? It could be for anything — for things, for people, for situations. A shift in your mindset will allow you to see even more to be thankful for, and will start to drown out some of the other stuff you might be tempted to complain about.

Be a Happier High Performer by Forgiving Others

You know good and well there are people on your team or at your organization who are mad about stuff that happened who-knows-how-long ago. Instead of being human and vulnerable, and instead of engaging in healthy conflict with an eye toward resolution, they just stay…mad. Indefinitely. And then everything else that happens — no matter how minor — becomes just another thing that they add to their list. They’re miserable, of course.

What’s the bottom line? You see, these are some simple (though not always easy) things you can do to be a little happier at work (and in life, for that matter). It just requires a certain focus as you train your mind to think in new and different ways going forward."