Saving for a Switch

My youngest Ella has been wanting a Nintendo Switch for more than a year and a half.  The version she wanted was $299.  Who knew a little handheld gaming system could cost so much?

At the time, she was 7 years old and we thought it was the perfect time to show her how to save for something she wanted.  She asked for one for her birthday shortly after she discovered she wanted one.  She didn’t get one but collected money she got from relatives and put it away to start saving for one.

Christmas rolled around and again it was on her list but she didn’t receive one.  She saved her money from Christmas, then from chores, Easter, whatever it may be and kept saving.  She’d spend a little every once in awhile but she was determined to buy that Switch.

Finally, this August after her 9th birthday she had just enough money to buy one.  But apparently the Switch was a very popular purchase over quarantine because you couldn’t find them anywhere!  She’d look online.  We’d search the ads.  Then one day when she was at Target with her Grammy she hit the jackpot- they had just received a new shipment of the Switches and Ella was able to snag one!

She called me when they got to the car and the look on her face was priceless.  She was so excited she could barely talk (which is very unlike Ella!)  She had worked and waited so long for it that when she finally had the money it made the moment so special.  She learned to be patient, to be disciplined, and smart about her money.  These money saving skills and money saving goals are something that she can take with her into her teens and adulthood.  It was so fun to watch this unfold and I am so very proud of her.  Now I’ve gotta learn how to play it when she isn’t watching. ;) 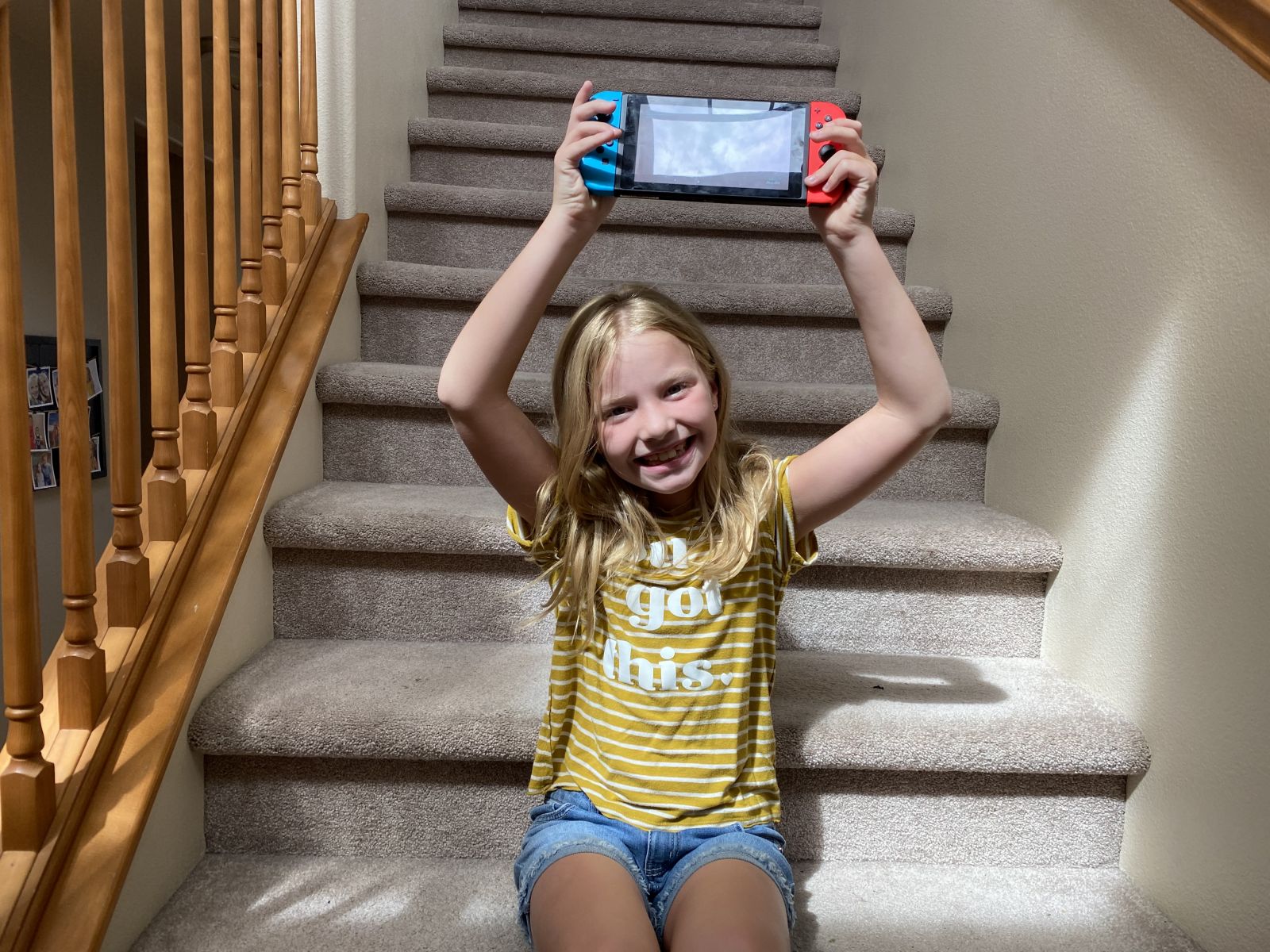