Finance or refinance your car loan at Canopy and enjoy up to 100 days of freedom before your first payment is due. Learn more & apply online today!

How Mandy and Josh Make it Work on One Income

How One Family Makes One Income Work, So Dad Can Stay Home with the Kids

Right now, families with young children are being financially squeezed from every angle. While some may have considered upgrading to a home with more space, they may now be dealing with rising rent just staying where they’re at. Not to mention rising food prices, soaring childcare costs, the formula shortage, and the list goes on and on. 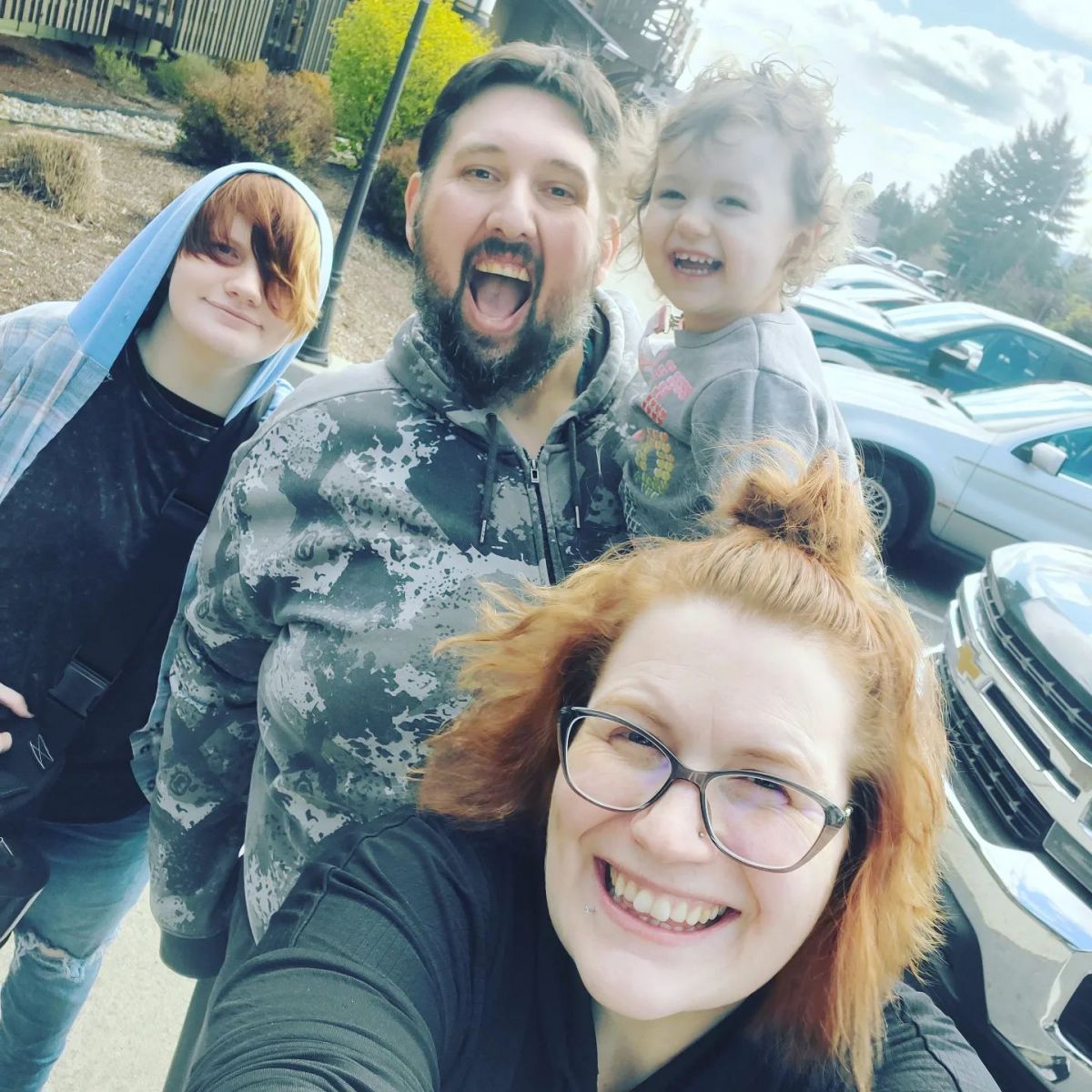 “Making it work” can look a lot of different ways these families. For Mandy and her husband Josh, it started out meaning working opposite schedules and finding ways to get care for the short gaps where their work schedules over-lapped. And that worked for a while, despite the obvious cons of such a situation, such as rarely being able to see your spouse. However, this was when there was one child to manage care for.

When the new baby, a world-wide pandemic, and all of the additional stress that came along with it was added to the household: a decision needed to be made. Working opposite schedules isn’t as feasible when there’s an infant’s feeding schedule to contend with. The stress on the family became palpable. The go-go-go stress of trying to get through every day wore on the entire household. One day, the worst almost happened. Mandy’s oldest daughter attempted to take her own life.

A decision needed to be made.

Josh confessed burnout from a job that he wasn’t finding fulfilling. Mandy, who loves her job as a loan processor for Canopy Credit Union, and is the higher earner of the couple, opted to become the sole-earner for the family while Josh quit his job to become the stay-at-home parent.

This was not an easy decision, and there were lots of discussions and considerations they had to work out before pulling the trigger.

Once major factor for them was the rising cost of childcare. After doing the math of what Josh could be making at his current career-level, what would be left-over of his paycheck after the cost of daycare for their toddler would be only $500 or so every month.

“$500? It’s just not worth the stress for so little,” says Mandy, “and not to mention how hard it can be to even get in to a quality place.”

Waiting time to get into a quality daycare right now can be three months or longer. Many parents are left scrambling to acquire alternative care, or missing out on work during this time.

Not to mention the additional uncertainly of the quality of the daycare, shutdowns from COVID outbreaks, rising costs, and so on.

“Because Josh is at home with our daughters, I get the peace of mind of knowing they're being cared for and are safe,” says Mandy, “It’s invaluable.”

Financially, however, living off of a single income is not without its challenges.

Mandy grew up with a single parent, and is thankful for what she learned from her own mother about setting a budget. She uses a digital envelope system in her Canopy Credit Union accounts and sets a budget for all of her household expenses and future savings goals. Even so, it can still mean things get tight and sometimes it can become paycheck-to-paycheck for short periods. Despite all this, they have managed to save enough for IVF treatments.

After over $50k spent on the treatments, Mandy is now happily expecting baby #3.

A future with another addition to the household only cements their decision for Josh to stay home while the children are young.

The very idea of having to pay for not just a toddler, but both a toddler and an infant under 12 months with the cost of daycare would mean Josh working right now would be a negative on their monthly balance sheet. It simply wouldn’t make any financial sense.

Even so, there were plenty of discussions that Mandy and Josh had to have before making the official decision. Things like making sure that the children would still be getting a good amount of socialization despite not being in daycare, figuring out a schedule that works for the whole family, and making sure that Josh would still get some discretionary spending added to their monthly budget.

Most socialization for the children is possible by spending time with friends with children of various ages. As for household schedule, Josh will usually go to bed later than the rest of the household so he can have some time for himself and his hobbies. Mandy is fully aware that him being the stay-at-home parent means he’s working a job that he doesn’t get to clock out from, and one that frequently isn’t recognized as a “real job” by much of society.

“There can be a stigma,” Mandy sighs, “Like my mom will see me stressing over the budget and ask ‘well, why doesn’t he just get a job?’ So we both have to deal with that.”

One would think, living in these modern times that such explanations would be unnecessary. But fortunately Mandy and Josh know by now that their system is what works best for them.

“We are the new dynamic,” Mandy proclaims with pride.

Having one income means things can be tight, but their household maximizes free activities, and sets a budget for everything else. Including the occasional date night.

Their counselor recommended the Rule of 3:

“Taking care of the kids is important,” Mandy says, “but we also need to take care of our marriage.” Arranging a sitter for these date nights is easier now that it’s a once-in-awhile event, not the scramble that it was when they needed childcare when both were working.

“Having together time with the whole family is also important,” Mandy explains. Whether it’s a game-night at home, or the whole family taking a weekend trip, she loves that their situation allows them to do either one. Plus, Mandy loves that Josh is there when she comes home from work.

“Now, our house is an extremely calm place,” Mandy proclaims, “Josh will go back to work when the kids are older. But for now, this is what works for our family.”